We left our hotel in Ridgecrest at 9:00am and arrived in Mesquite Flat Sand dunes at 11:30am, stoping to take pictures, especially in Trona town, which is an industrial town that appears to be abandoned, but it’s not. 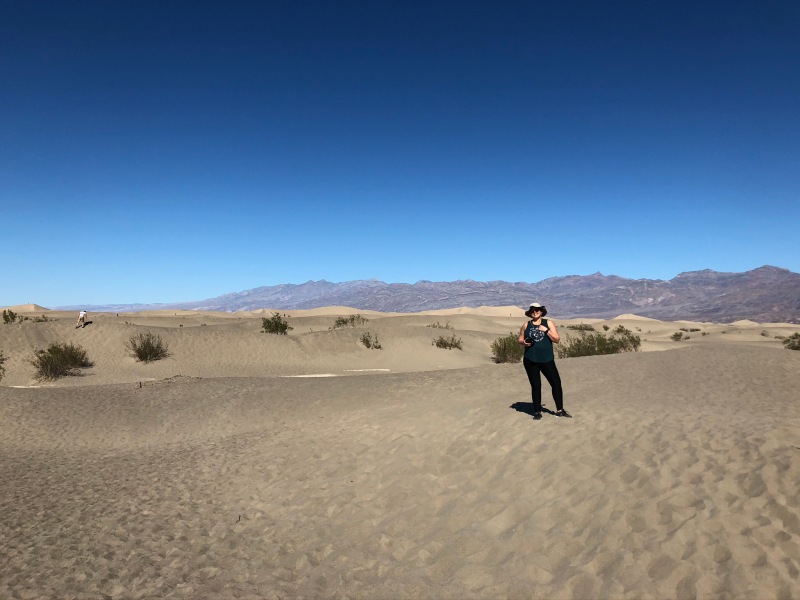 The dunes are beautiful and really easy to access. We went back to Badwater Saloon Restaurant in Stovepipe Wells to have lunch (burgers) and continue the road at 13:00 to visit the next stop of the death valley:

Golden Canyon. From there you can do different trails. We only did part of the Golden Canyon trail cause it was too hot (and it was winter, I can’t imagine how is this in summer). 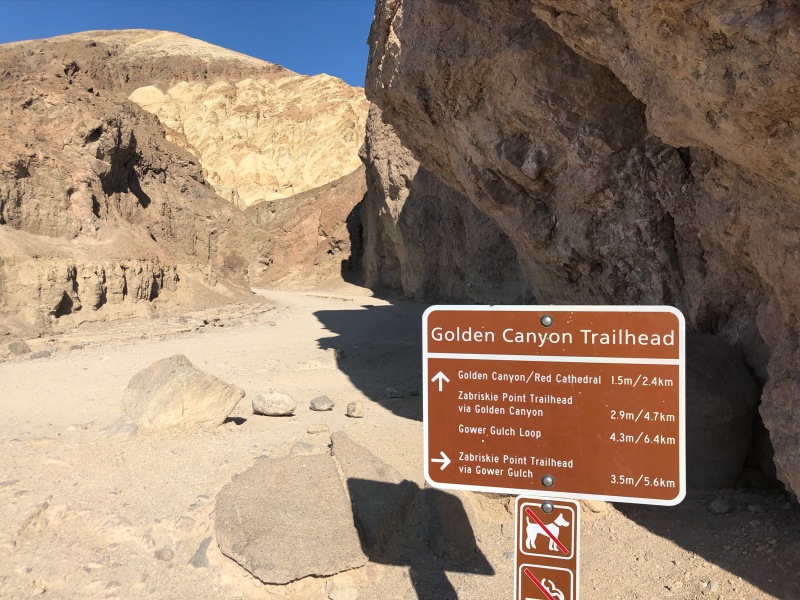 From there, very close you have the Artist’s Palette. Which was formed more than five millions years ago, when repeated volcanic eruptions blanketed the landscape, depositing ash and minerals. The volcanic minerals were chemically altered by heat and water, with variable amounts of oxygen and other introduced elements. Cheminal analyses have identified a paint pot of elements: iron, aluminium, magnesium and titanium, but no copper. Some of the colored minerals here include red hematite and green chlorite. This is truly a natural artirt’s palette of color splashed across the slope. The time of the day, clouds and the rare rainfall shift the intensity of the colors. 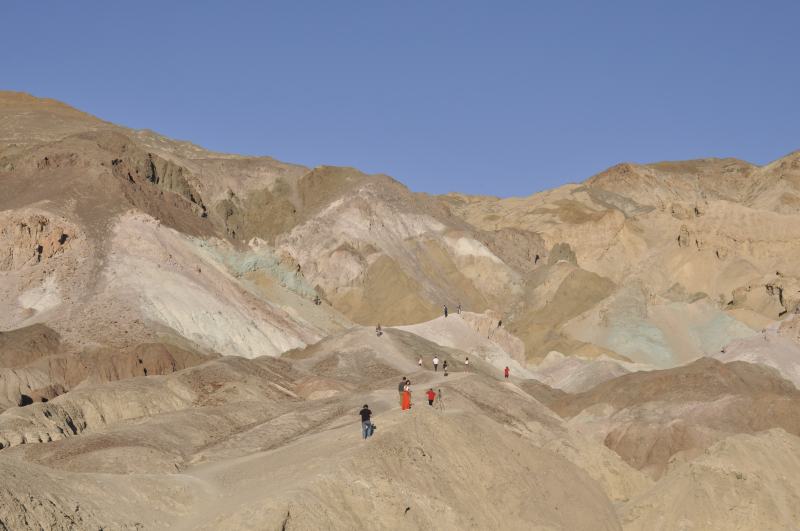 We continued to Devil’s Golf Course and make a quick stop in the Badwater basin. It was quick because we realized the sun was about to set (16:58 now in winter) so we drove to Dante’s view point (passing trough Zabriskie Point, but not stopping) to see it from there. From Badwater to Dante’s view is about 50minutes. We didn’t see the sunset, but just the last sun light and it was super beautiful. The pictures might not represent how beautiful it was. I got to say that my expectations were very low to the Death Valley, but I am very satisfied and happy that I went. 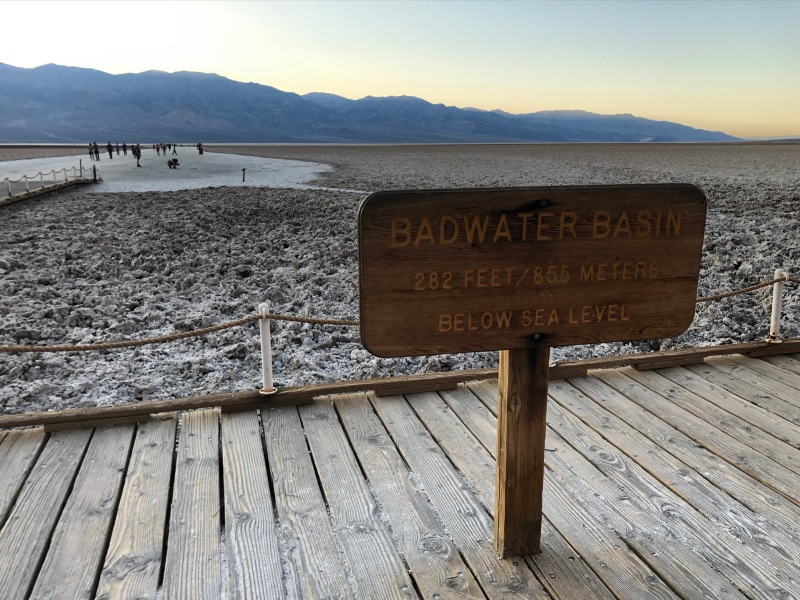 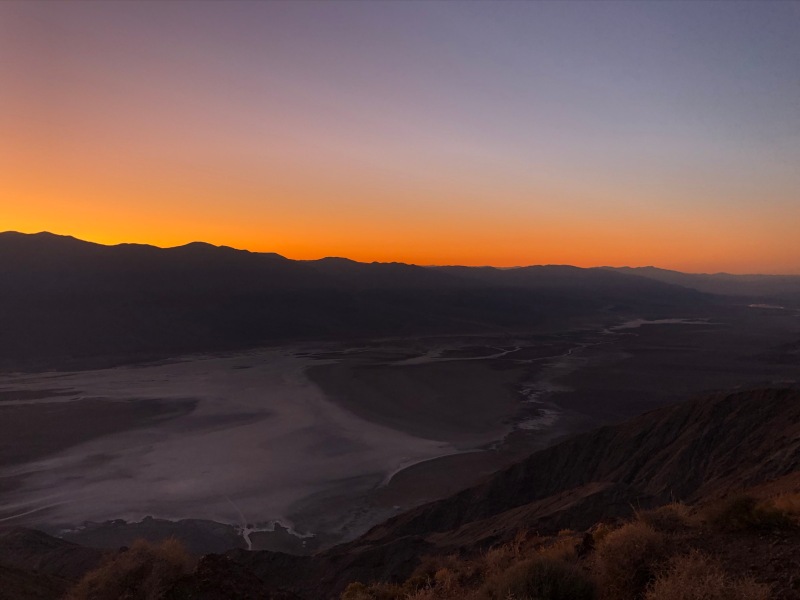 Once we finished visiting the Death Valley at 17:30, we drove for about 2.5 hours to the south of Las Vegas, but just to sleep in before going to Grand Canyon tomorrow. We stayed in Longhorn Boulder Highway Hotel, which was ok for one night, but the Casino and Bar downstairs was a little depressing.

Next post: “Day 10: From Las Vegas to Grand Canyon”

Back to: “Day 8: Sequoia National Park”

Disfrutando de nuevo de Madrid ♥️
Back “home” ♥️
Conociendo Girona y sus pueblitos ♥️ #ochoapellidoscatalanes
El verano no se ha acabado en la #costabrava
De vuelta a España, a “casa” sin ser casa. Como bien decía Facundo Cabral: “No soy de aquí ni soy de allá” pero yo prefiero quitarle el “no” y sentirme en casa aquí y allá.
Ai Weiwei (Beijing, 1957) is an artist, a thinker and an activist, whose artistic practice addresses pressing issues of our time. He is one of the leading cultural figures of his generation and an example for free expression both in China and internationally. At Serralves Ai Weiwei presents a body of work that reflects his interest in the environment and his concerns regarding the deforestation of the Brazilian Atlantic Forest. Ai’s sculptures represent what remains of once green giants and are referents for the present consequences of the rapacious conversion of the natural environment.
First dose of covid vaccine done at 34 weeks pregnant!!
Washington DC
Oh yes! We are in Detroit, starting our short road trip through part of the NE 🇺🇸