Thanks to an advertisement on Instagram I visited the photographic exhibition of Manu Brabo (Pulitzer Prize 2013) called “Un día cualquiera”, which will be in this particular museum until December 3rd, 2017.
This temporary exhibition is a photographic journey through the wars, conflicts and revolutions that have marked the beginning of the 21st century in the Middle East: Libya, Syria, Egypt, Iraq. 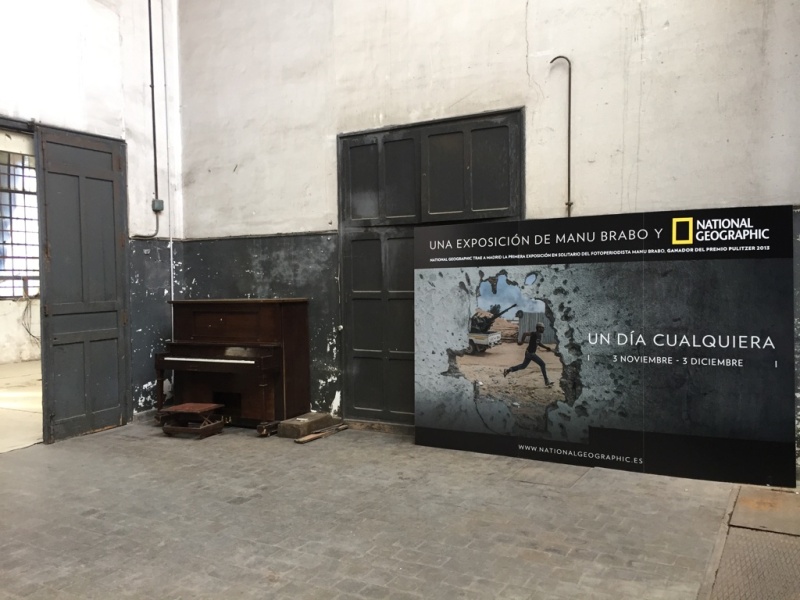 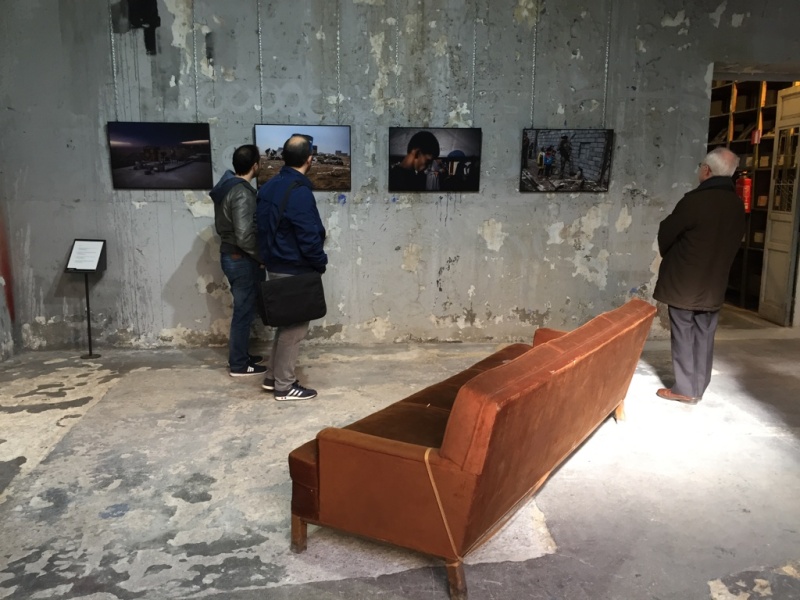 Apart from the impressiveness of this exhibition, the museum itself left us speechless. It is a center of arts, experimentation and creativity located in a magical space of the industrial archeology of Madrid of the 19th century, which used to be a warehouse of the Spanish railroad company.

In each corner you can see the essence of the old warehouse that mixes with the most avant-garde, dynamic and eclectic art. We

Neomudéjar is an artistic and architectural style that developed mainly in the Iberian Peninsula at the end of the 19th century and the beginning of the 20th. It is framed within the orientalist currents of the historicist architecture prevailing in Europe at that time. The new style was especially associated with constructions of a festive and leisure nature, such as smoking salons, casinos, train stations, bull rings or saunas 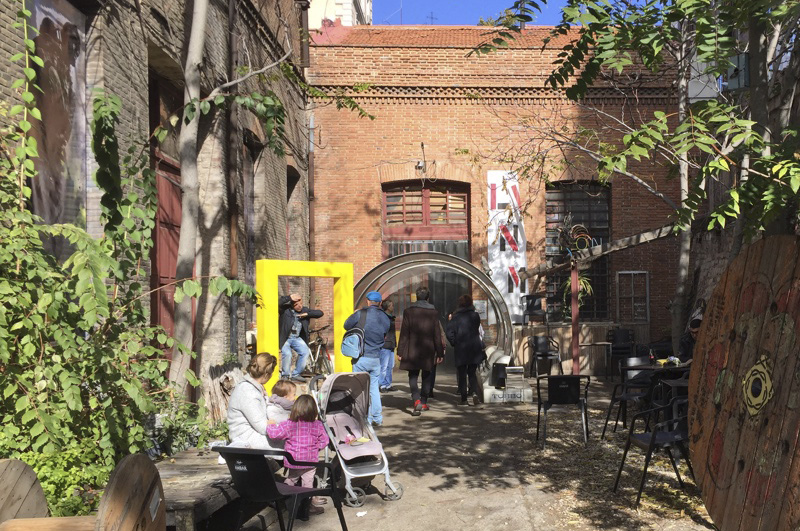 We fell in love with this site just by entering, and after meeting one of its founders, who explained to us, from the museum bookstore, how they have recovered this site that they rented in 2013, we were delighted with the whole project.
I invite you to visit their website to see their monthly agenda.

Back “home” ♥️
Conociendo Girona y sus pueblitos ♥️ #ochoapellidoscatalanes
El verano no se ha acabado en la #costabrava
De vuelta a España, a “casa” sin ser casa. Como bien decía Facundo Cabral: “No soy de aquí ni soy de allá” pero yo prefiero quitarle el “no” y sentirme en casa aquí y allá.
Ai Weiwei (Beijing, 1957) is an artist, a thinker and an activist, whose artistic practice addresses pressing issues of our time. He is one of the leading cultural figures of his generation and an example for free expression both in China and internationally. At Serralves Ai Weiwei presents a body of work that reflects his interest in the environment and his concerns regarding the deforestation of the Brazilian Atlantic Forest. Ai’s sculptures represent what remains of once green giants and are referents for the present consequences of the rapacious conversion of the natural environment.
First dose of covid vaccine done at 34 weeks pregnant!!
Washington DC
Oh yes! We are in Detroit, starting our short road trip through part of the NE 🇺🇸
Can you guess where are we?