The second day in Yosemite, we had our breakfast in the hotel and they also prepared us some sandwiches to go for lunch, which was a great idea because I didn’t see any restaurants in Yosemite.

First Stop: just in front of El Capitan, which was around 40min from our hotel.
This granite wall is just amazing and it also amaze me how there is people climbing it.

Second Stop: Ansel Adams Gallery. This photographer is well known for his Yosemite picture in black and white.

Third Stop: we took the shuttle bus and went to the 17th stop to do the Mirror Lake Trail. This is a 1 hour trail and very easy, the only thing is that in winter the lake is dry, but well, honestly we just wanted to walk a little bit and the view was nice.

Fourth Stop: after taking the shuttle back, we took the car and drove to Tunnel View.
My plan was to do everything by car inside Yosemite because there were not too many people in the park and parking was easy, but there are some points where you can only access with the shuttle bus. 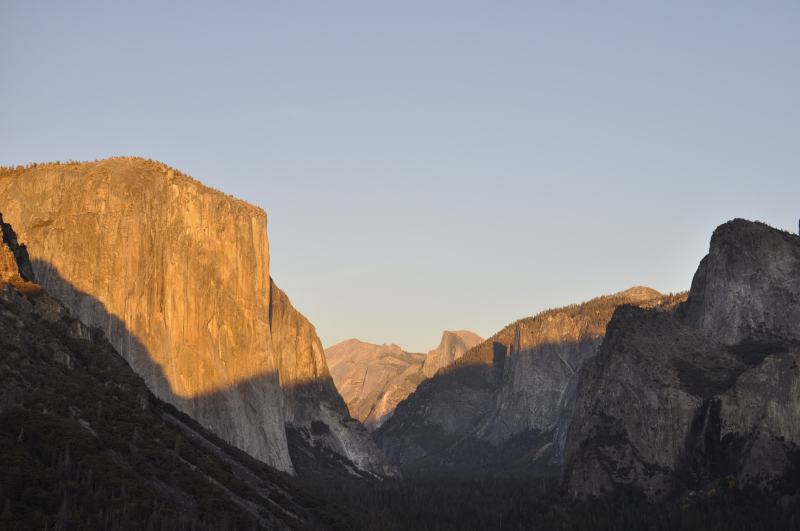 To sleep, we decided to drive close to Three Rivers city to be close to Sequoia National Park, since we are visiting it tomorrow. We stayed in this airbnb, that was beyond lovely, full of orange trees in the yard, nice coffee and snacks included, and very comfy beds.

On our way we stopped in Fresno to have dinner in Diana’s, an armenian/persian restaurant that was really nice and authentic.

Miami siempre es una buena idea ♥️ #simeganolaloteriabusquenmeenmiami
Disfrutando de nuevo de Madrid ♥️
Back “home” ♥️
Conociendo Girona y sus pueblitos ♥️ #ochoapellidoscatalanes
El verano no se ha acabado en la #costabrava
De vuelta a España, a “casa” sin ser casa. Como bien decía Facundo Cabral: “No soy de aquí ni soy de allá” pero yo prefiero quitarle el “no” y sentirme en casa aquí y allá.
Ai Weiwei (Beijing, 1957) is an artist, a thinker and an activist, whose artistic practice addresses pressing issues of our time. He is one of the leading cultural figures of his generation and an example for free expression both in China and internationally. At Serralves Ai Weiwei presents a body of work that reflects his interest in the environment and his concerns regarding the deforestation of the Brazilian Atlantic Forest. Ai’s sculptures represent what remains of once green giants and are referents for the present consequences of the rapacious conversion of the natural environment.
First dose of covid vaccine done at 34 weeks pregnant!!
Washington DC