After days of preparing our trip to India, we arrived at 1:30am in Delhi, after our flight from Madrid-Frankfurt and ended up at the Metropolitan Hotel at 4:00am, only to sleep for a couple of hours.

The hotel was clean, very comfortable and the personal very nice. The only negative side was that the wi-fi wasn’t free. Our solution was to create a whatsapp group with all our close family, pay 30 minutes of wi-fi for 1 device and let all them know we were fine. Cheaper and faster.

A couples of days before our trip, we download Delhi´s map to have it offline and created layers with the temples we want to visit and some of the restaurants recommended in the Lonely Planet. It´s extremely useful, since your GPS will work if you don´t have data, so it´s having Google Maps for free. Here is my Indian Map:

Our morning started at 8:30am after a complete breakfast (water not included), changed money with one of Mahendra’s friends (the rate was 1€ per 73,5 INR, pretty good).

First stop was the Agrasen Ki Baoli, a step well that we didn’t expect to be that pretty. It´s free and it will only take you 10 minutes to visit it.

Jama Masjid Mosque, the largest in India. The Mosque was the result of the efforts of over 6,000 workers, over a period of 6 years (1650-1656 AD). The structure has three great gates, four towers and two 40m high minarets constructed of strips of red sandstone and white marble. About 25,000 people can pray here at a time. Tickets are free, but 300 INR per camara. Since we had the car with us, we left the other cameras in it, cause they check your bags. Also, you will have to cover your knees and shoulders to get in, they give some blankets for it. 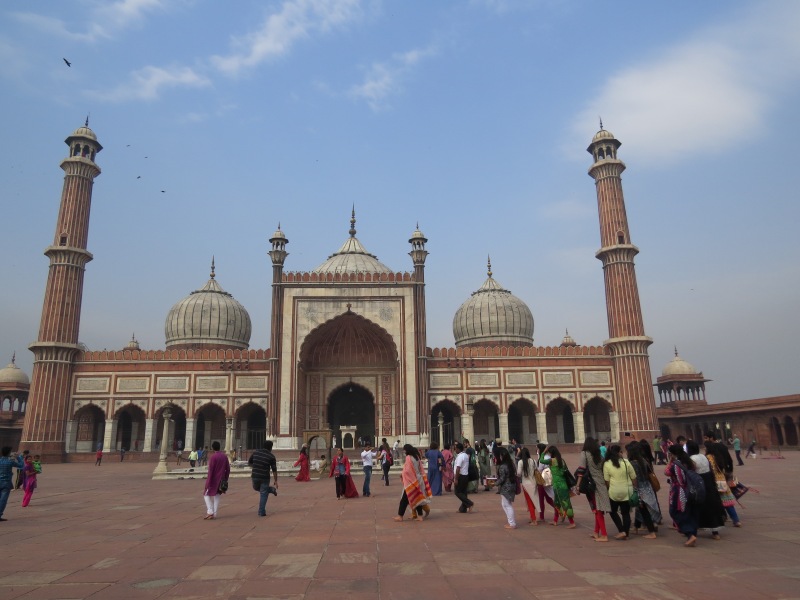 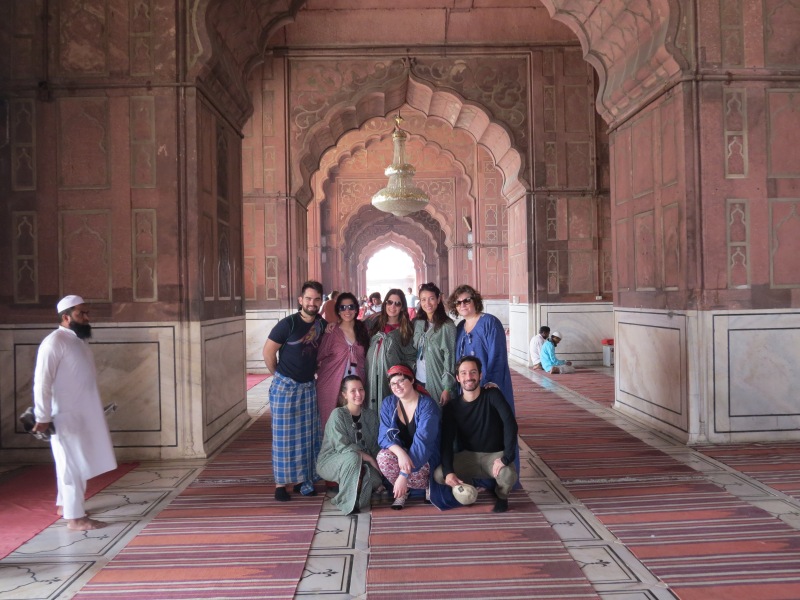 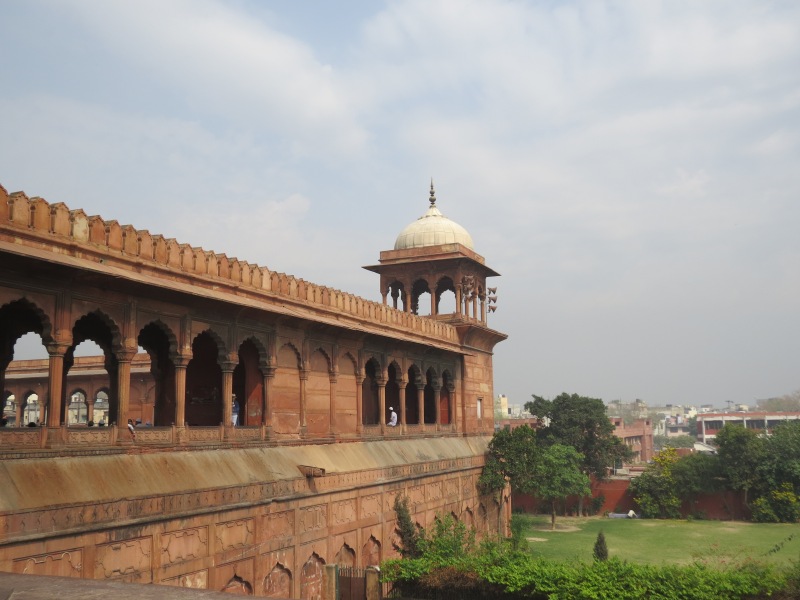 We passed in front of the Red Fort, but we didn´t go inside because we didn´t have enough time and our driver told us the one in Amber is quite the same, same architecture. This fort was the residence of the Mughal emperors of India for nearly 200 years, until 1857. It´s in the centre of Delhi and its main gate, Lahore Gate, is one of the emotional and symbolic focal points of the modern Indian nation and attracts a major crowd on each Independence Day. Tickets: 250 INR.

Next stop was Raj Ghat, where Mahatma Gandhi was cremated following his assassination in 1948. It´s free, cameras free too, but this time they want to charge you to storage your shoes, or living them in an open locker “at your own risk”. To us, this place was not as impressive as others sides of Delhi. 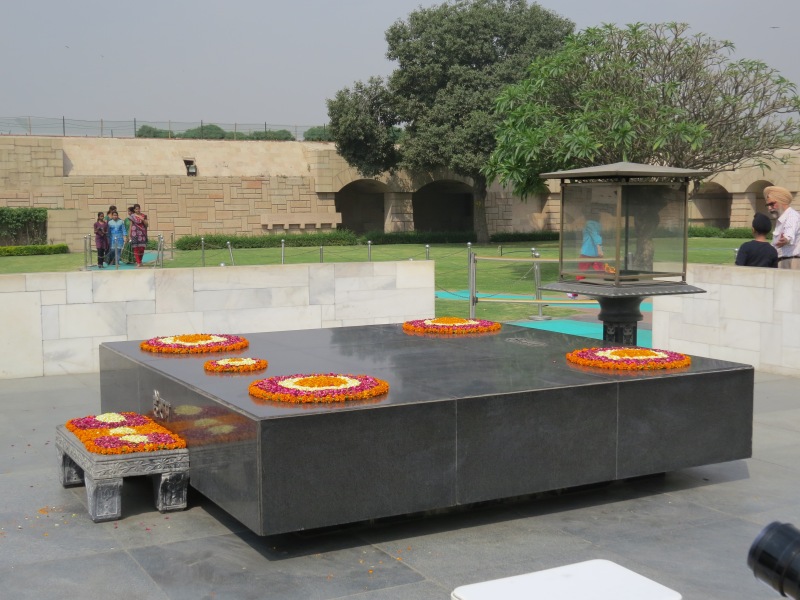 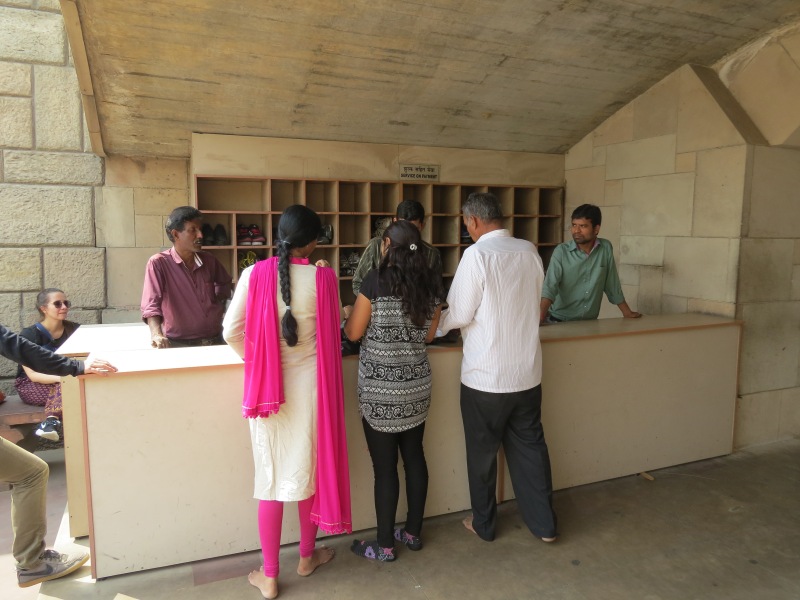 Akshardham Temple, it´s an amazing Hindu Temple complex that displays millennia of traditional Hindu and Indian culture, spirituality and architecture. If you go to Delhi I would say this is priority #1. The entry is free (unbelievable and it´s close on Mondays). The only thing is that they are very intense about not getting into the temple with cameras or mobiles, they checked every corner of our body to make sure you don’t have any of them.

Humayun’s Tomb is also worth visited. 250 INR per person and cameras for free. It is the tomb of the Mughal Emperor Humayun, commissioned by Humanyun´s  first wife Bega Begum in 1569-70. It was the first structure to use red sandstone at such a large-scale. 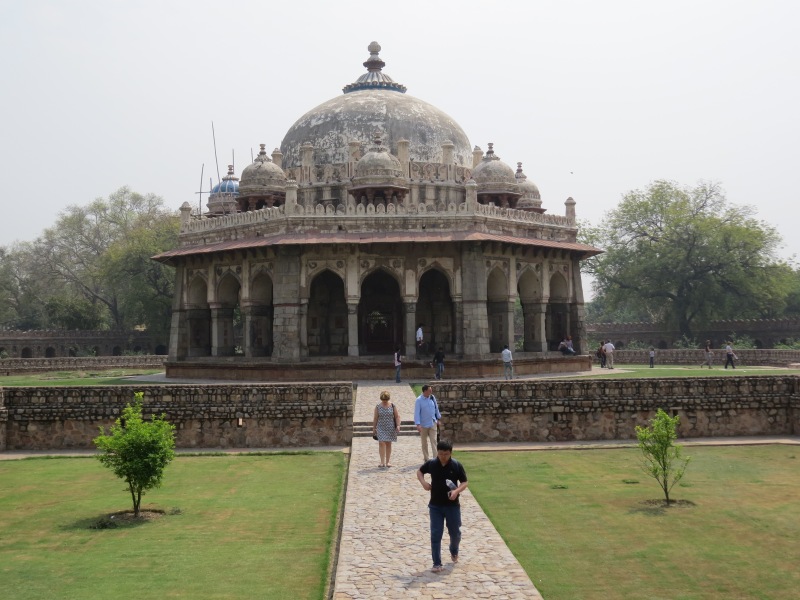 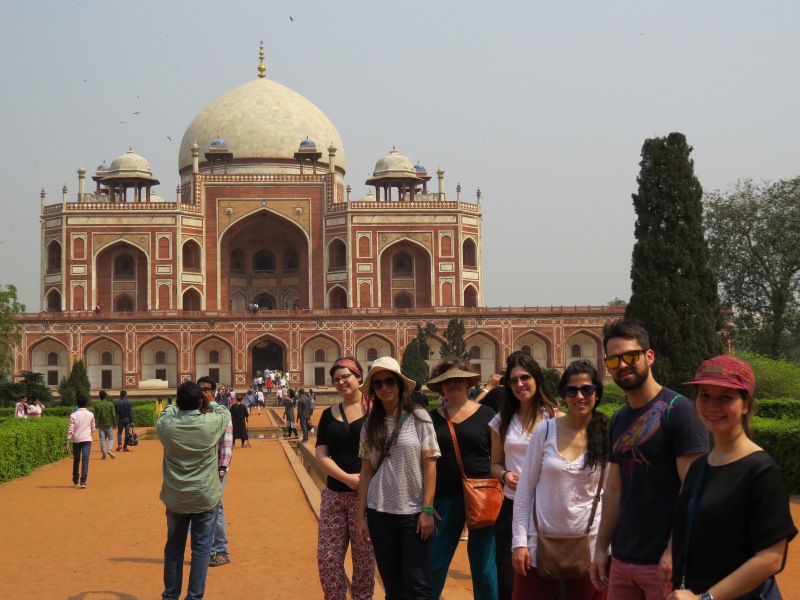 Our lunch was in a nice restaurant called ICON, service and food was really nice. We paid 15€ per person, and I think that was too much for India’s prices. But I got to say everything was delicious.

In the afternoon we visited the Lotus or Bahai´s Temple, which is a Bahá´i House of Worship, built in 1986. Notable for its flowerlike shape, it serves as the Mother Temple of the Indian Subcontinent. It has a special place to meditate and pray. Free entry. 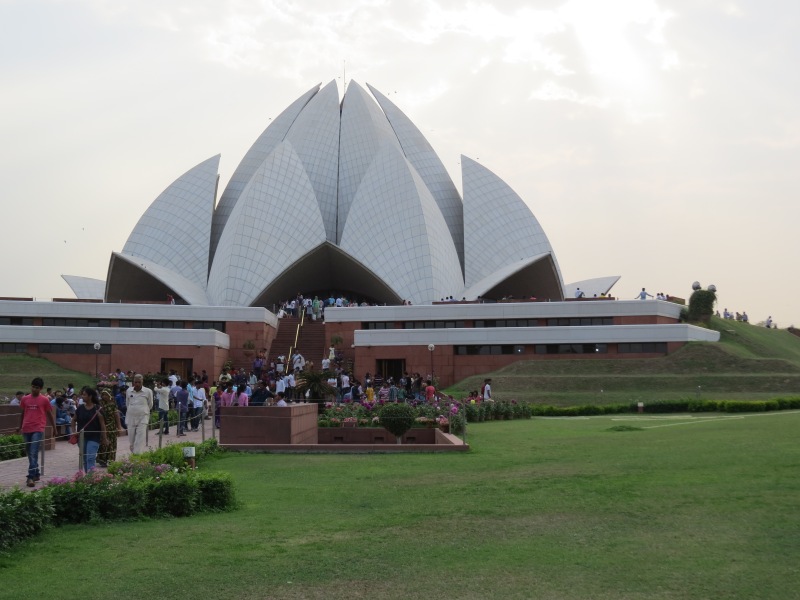 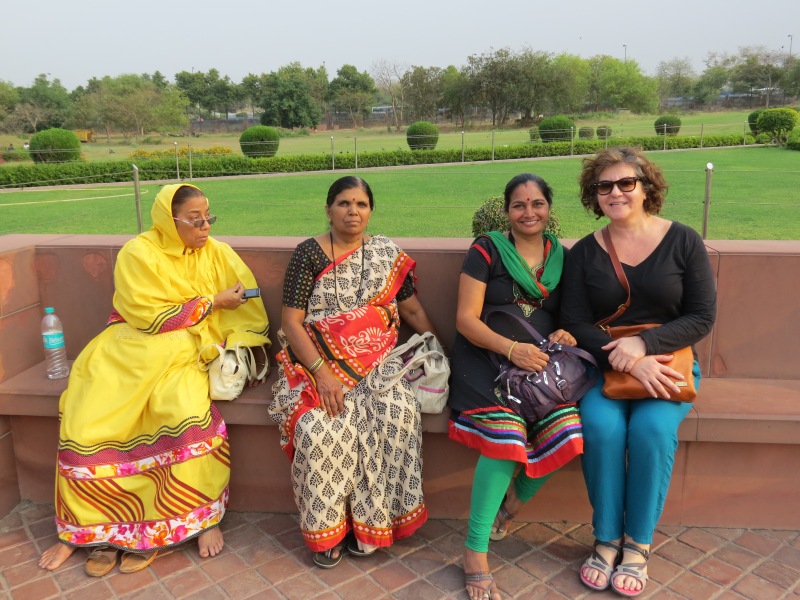 At these hours the traffic was really intense and we only passed in front of the presidential palace and the Indian Gate that commemorates the 70,000 Indian soldiers who lost their lives fighting for the British Army during the World War I.

After thanking God and our wonderful driver, Pankaj Sharma, for this day, we went back to the hotel and sleep from 19:30 to 7:00…It was necessary after all the walking, time changing and also to be ready for our next day in JAIPUR!!

Back to: “Incredible INDIA” 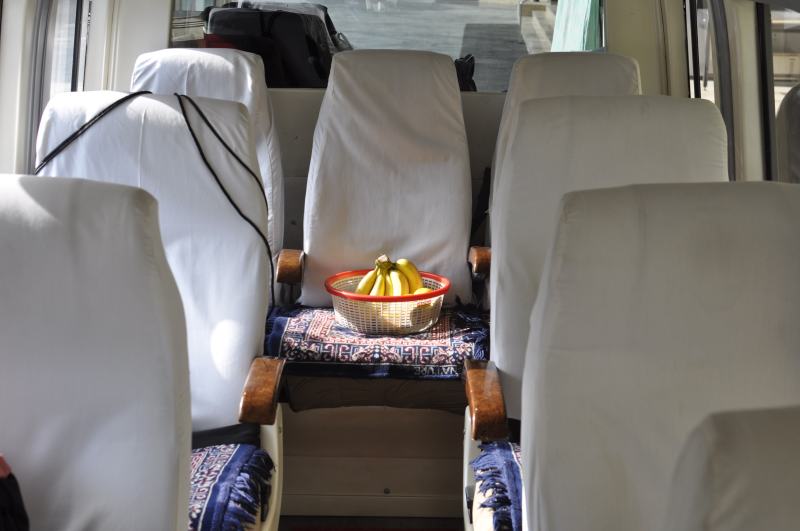