Today the day is a little tight because we want to walk around the Mount of Olives and pick up our rented car at 15:00. Let´s see how it goes…

First of all we said good-bye to our lovely airbnb room, took our bags and started walking to the AVIS office, which was very close to our airbnb, but of course, a cozy little restaurant was in the way to it and we could´t avoid ordering breakfast and a turkish coffee for 2 (93 ILS = 23 euros). 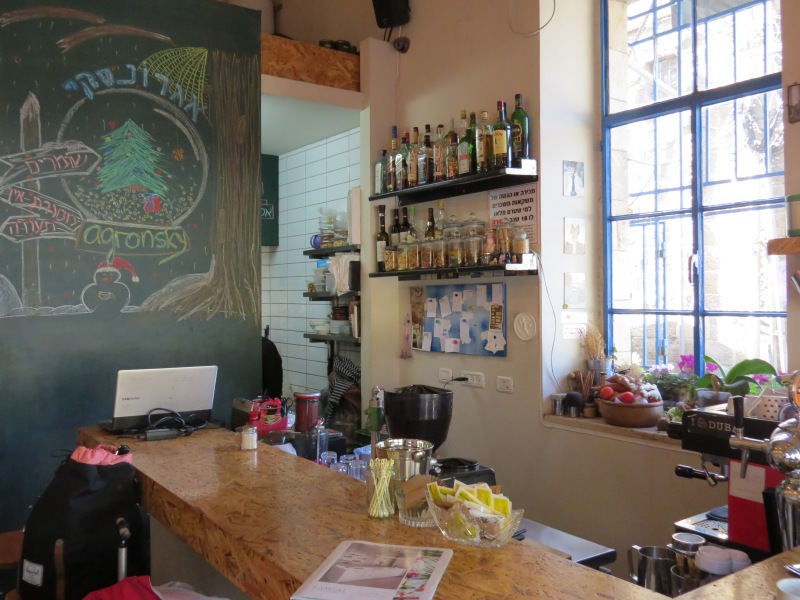 After our delicious breakfast, we were able to leave our bags in the AVIS office (King David  st. 19) and then took a Uber (31 ILS = 7.7 euros) to head to the Mount of Olives, exactly to the Chapel of the Ascension (5 ILS entrance, we did´t entered), from there we started walking down stopping at: 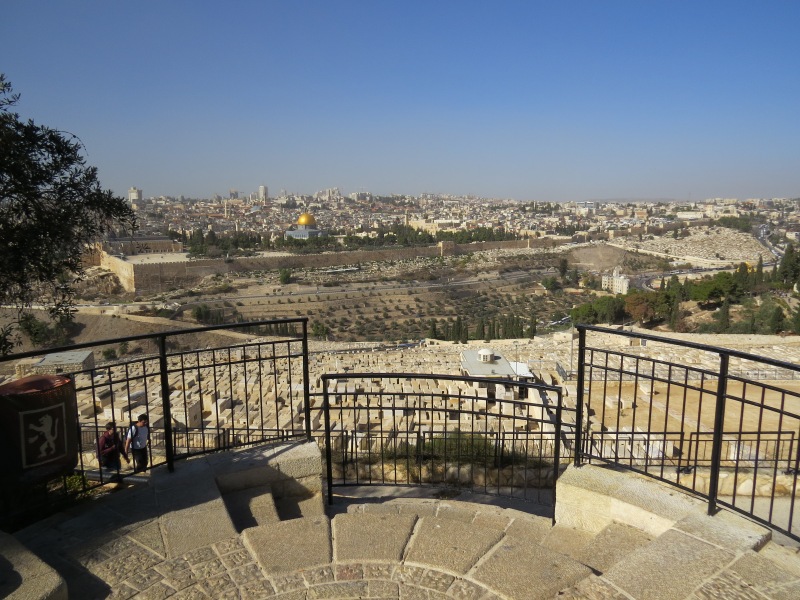 View from the Seven Arches Hotel 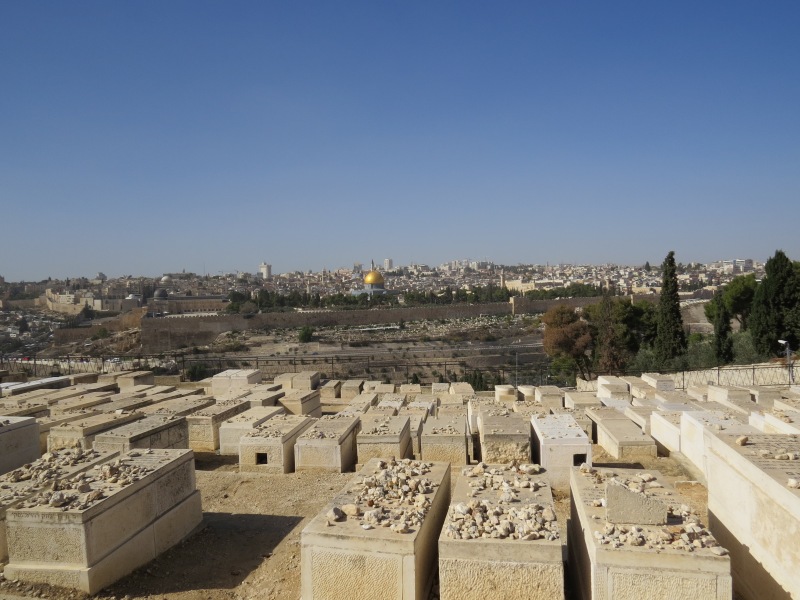 Tomb of the Prophets 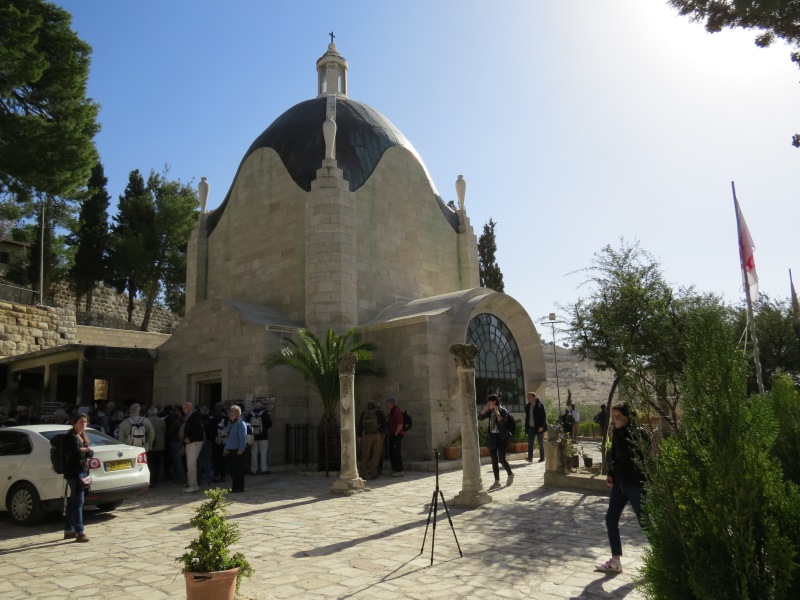 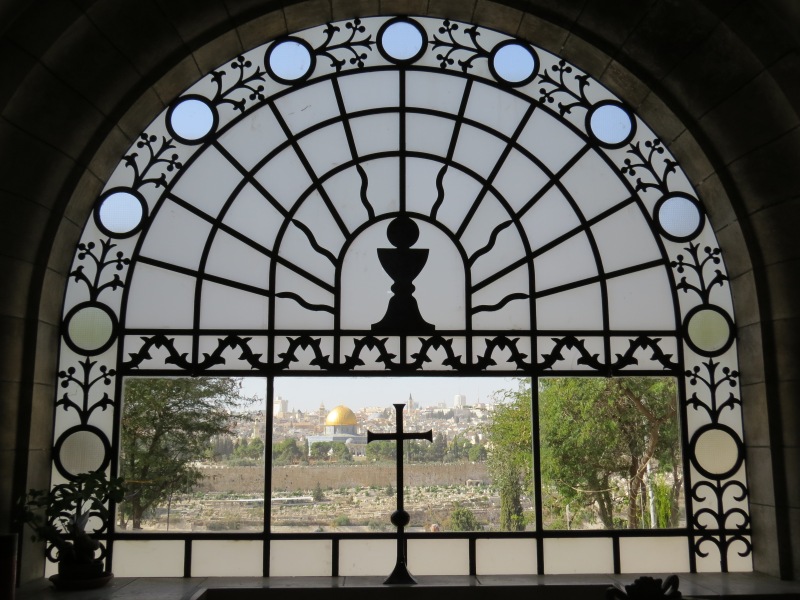 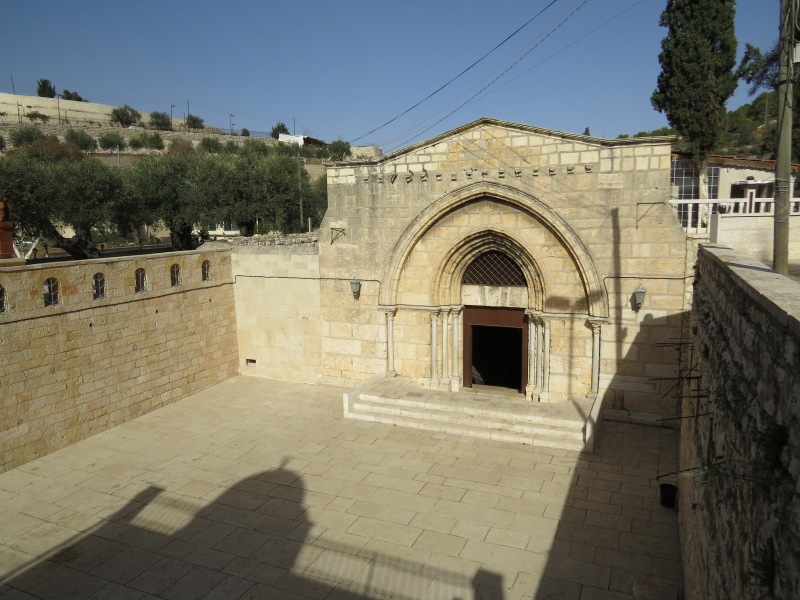 Tomb of the Virgin Mary

Tomb of the Virgin Mary

At midday we started walking to the Zion Mount, passing through the City of David, Dung Gate, Zion Gate, Formation abbey and the last supper room (The Cenacle), a hall built in the Middle Ages at the place where, according to Christian tradition, Jesus partook of the Passover eve meal with his disciples, just before the crucifixion.

We are really satisfied with our day, we did a lot more than what we expected, and although our legs are tired, we kept walking because distance are so small that is not worth taking taxis/buses in Jerusalem. I think it was a great idea to take a Uber to highest point of the Mount of Olives to then walk from there down.

The last supper room (The Cenacle)

Once inside the Old City, we passed through the Armenian and Jewish Quarters, had a small lunch close to the Holy Sepulcher (75 ILS each) and said thank you and good-bye to Jerusalem while picking up our car at 15:00 in the Avis´ office.

Traffic was terrible at this hour to head out of Jerusalem, it took us more than 30 minutes just to get out.

I really wanted to stop at Saint George Monastery (Palestine), which is a little bit out of the way, and had enough time (and light) to see it from the distance (it was closed) after 1 hour of driving from Jerusalem. 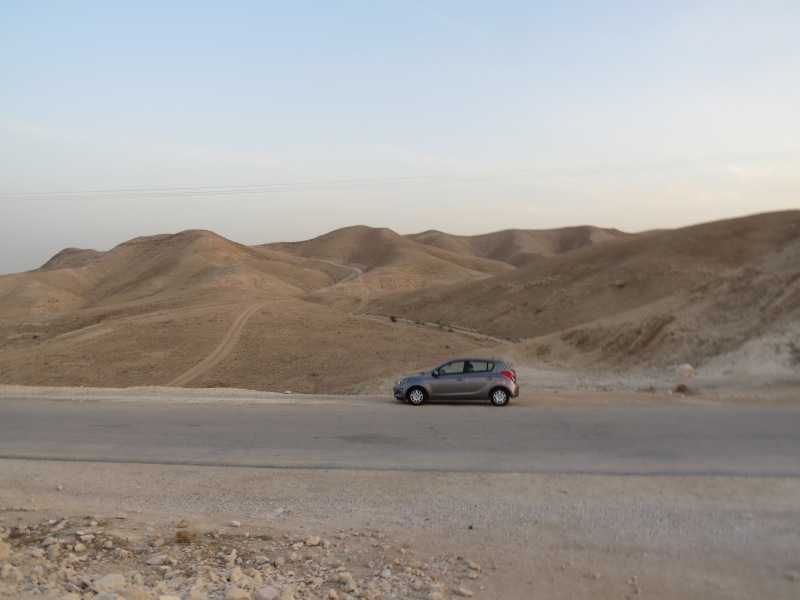 Together with the sunset, we drove to Ein Gedi. Highway was in very good conditions, drivers are very respectful, the only thing is that there is not light at all on the highways, but we felt save the whole time.

At 18:30 we were checking in at HI Ein Gedi Hostel, which is a basic hotel, but cheap since we paid 137 dollars per 2 dinners, a double room with private bathroom, a terrace just in front of the Dea Sea and 2 breakfasts. Ein Gedi is in the middle of nowhere, that´s why we ended up having dinner at our hostel, otherwise we would had to go to Ein Bokek (30 km) to find some restaurants. 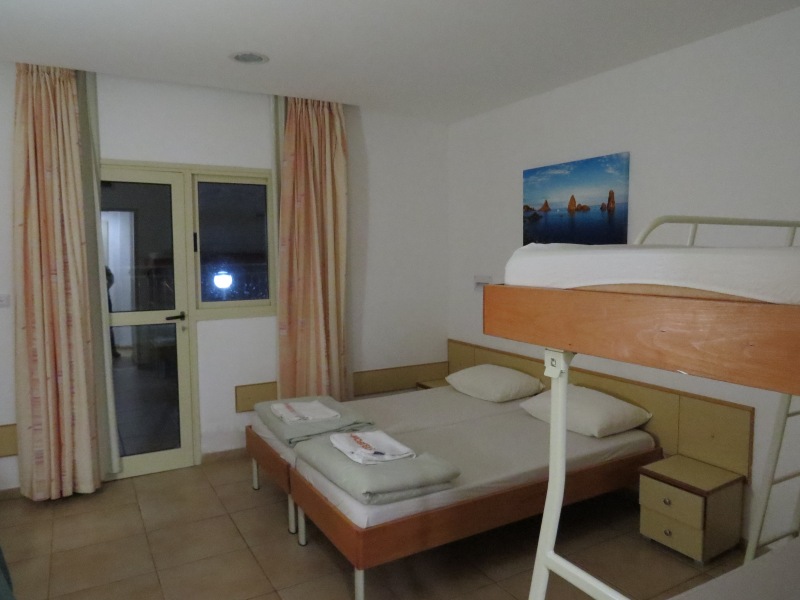 At 20:00 we were in our beds ready to sleep, because beside being super tired after all the walking in Jerusalem and the hours driving, we want to wake up at 5:00am to climb Masada tomorrow and enjoy the sunrise from there.

Back to “Israel – Palestine – Petra“

There is always something “new” to visit in Madrid…today we went on a tour of antique pastry shops and taverns in Madrid with the amazing #ManuelRey. Here is a pic of the oldest pastry shop in Madrid, almost 200 years and an incredible puff pastry that I recommend trying if you are near by.
Fez, Morocco with some mint under my nose
Cinque Terre con la mia mamma y las amigas ♥️
Summer in Greece 🇬🇷
Oporto bonito de mi coração
#Valencia♥️ y papás babeados 🤤
Miami siempre es una buena idea ♥️ #simeganolaloteriabusquenmeenmiami
Disfrutando de nuevo de Madrid ♥️
Back “home” ♥️