We woke up at 10:00, had Breakfast in Carrapateira (4 € each) and left to Aljezur, where we visited the Misericordia Church (XVI century) and the castle, which has a beautiful view to the town. Then we continue to Praia do Amoreira. The weather was a little better than yesterday, although it was windy. 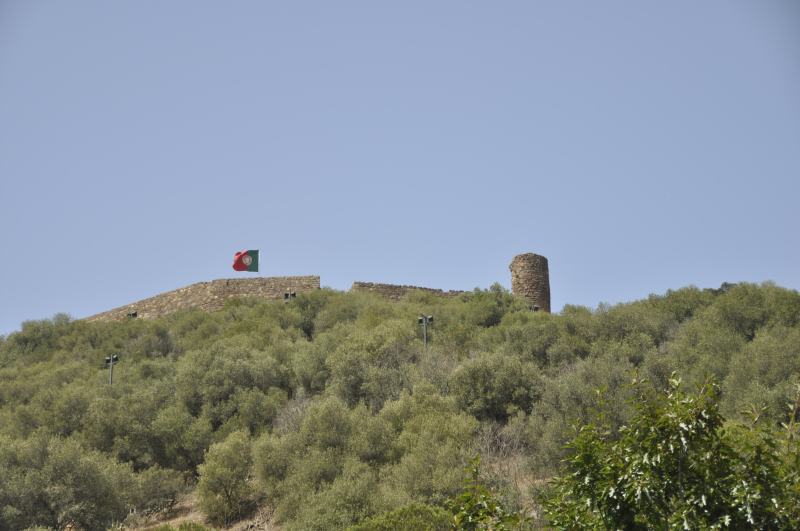 Aljezur Castle
The Aljezur Castle was built in the 10th century, during the Muslim occupation of the Gharb al-Andalus. However, archaeological findings certify that this place has been occupied since the Iron Age. It was the last castle in the Algarve to be conquered by the Christians in 1249.

At 15:00 we went to Odeceixe, checked in our little hotel (Casa Antiga, 60 € per night), then we tried to find a place to eat but since it was late, the only place open was the restaurant next to the hotel, where we ate some toast (10 € each) and went to the beach of Odeceixe. It’s pretty and tiny, definitely one of our favorite in the Alentejo.

We stayed until 19:30, and after a shower we went to dined in Retiro de Adelino. There are only a few restaurants in town and they don´t let you book, so after about an hour waiting in line to have dinner I can say it was a complete disaster, we were treated horrible, it took them around one hour to bring our food and all the tables (not too many) were very disappointed. The one next to us complained because a meal never arrived and the manager instead of apologize to them, he started arguing with them and even called the cook. We ended up laughing at everything because it was incredible. Anyway, the food was not that bad but I won’t ever go back to that place (15 € each).

Here is the map I created for this trip: